This was a 6-month SBIR Phase I project with Kennedy Space Center that included early technical development to determine the feasibility of the innovation. 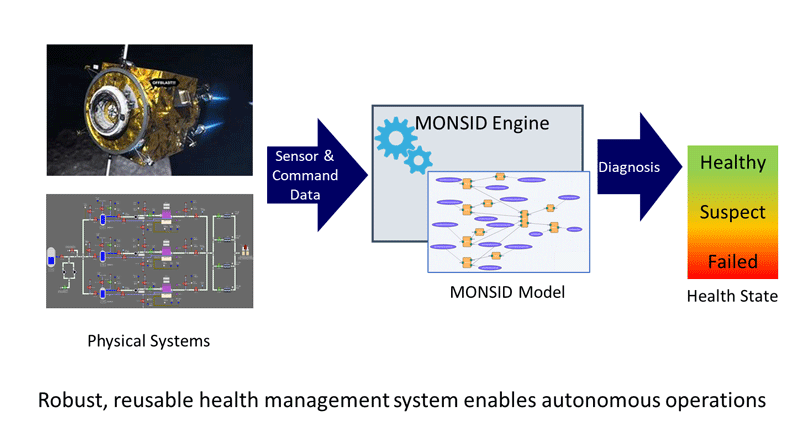 Why the Innovation is Important to NASA

This topic covers Autonomous Operations Technologies (AOT) that support activities performed by rocket engine test facilities, propellant servicing systems, and processing and launch of vehicles and payloads. These technologies will also be required for extended surface operations on the Moon and Mars.

AOT performs functions such as systems and components’ fault prediction and diagnostics, anomaly detection, fault detection and isolation, and enables various levels of autonomous control and recovery from faults, where recovery may include system repair and/or reconfiguration.

Okean’s response addressed aspects related to Autonomous Propellant Management (APM), which requires unattended or minimally attended storage, transfer, monitoring, and sampling of cryogenic propellants, or other propellants use in launch systems. APM includes pre-planned nominal processes, such as vehicle fill and drain, as well as contingency and off-nominal processes, such as emergency safing, venting and system reconfiguration.

Phase I focused on developing and validating MONSID models of propellant management system hardware to be monitored.

The Phase I program successfully achieved objectives by completing the following:

MONSID FM software could be used for the following:

To find out more about the SBIR program, visit www.sbir.gov/about...