MONSID® was highlighted on science.nasa.gov on April 19, 2022 in an article titled Taking the Pulse of NASA’s Robotic Explorers. The article was also featured on NASA’s “Latest Science News” page, and on April 19 on the Twitter feed of Dr Thomas Zurbuchen, Associate Administrator, NASA Science Mission Directorate. An excerpt from the science.nasa.gov article appears below.

NASA’s Jet Propulsion Laboratory (JPL) is working with a small company called Okean Solutions, Inc. to develop this capability that could one day be used on missions to challenging space environments such as Europa. Okean’s MONSID (Model-based Off-Nominal State Identification and Detection) software checks the health of a system by comparing onboard measurements to simulations or models of the expected behavior. MONSID verifies correct behavior, detects when something is amiss, and then identifies which piece of hardware is not operating properly.

Ksenia Kolcio and Maurice Prather, Vice President and President of Okean Solutions respectively, subsequently developed and matured MONSID through several NASA and Air Force SBIR-funded efforts. MONSID has demonstrated its versatility through deployments on hardware testbeds at JPL, the California Institute of Technology, and the Air Force Research Laboratory. 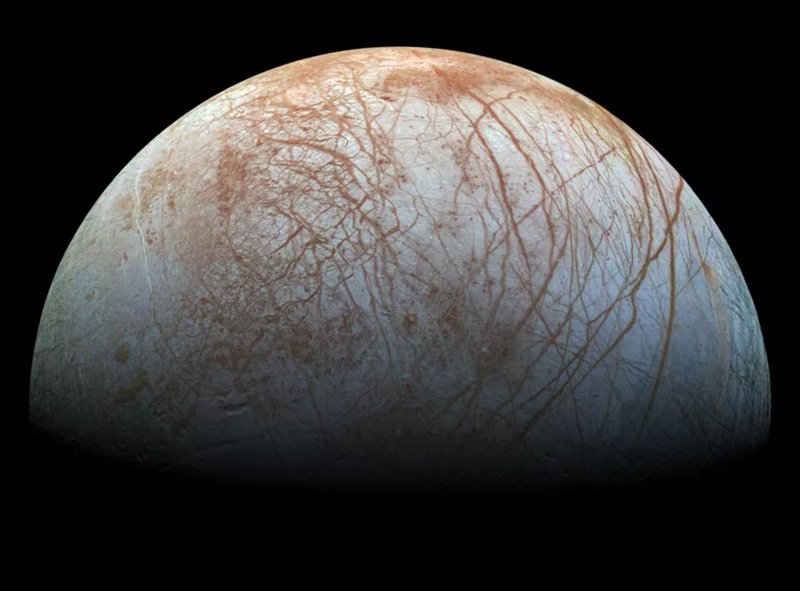 Europa is a moon of Jupiter. It entices scientists to explore a huge ocean beneath an icy surface. Image credit NASA/JPL-Caltech/SETI Institute.

Currently, the JPL team is building MONSID models for deployment on two new robotic systems. The first, funded by NASA PSD’s Concepts for Ocean worlds Life Detection Technology (COLDTech) program, will diagnose the hardware of a robotic arm designed to scoop materials from the surface of icy worlds such as Europa and Saturn’s moon Enceladus.

Read the full article at https://science.NASA.gov...